Welcome to my final Steampunk Hands Around the World post for this year. I’ve already posted about my writing research road trips, local events such at the Time Travelers’ Picnic and the annual Steampunk Festival. Now I will indulge myself and present to you with my Steampunk Grand Tour Wish List.

If I could afford an annual steampunk pilgrimage, I would pack up my skirts, corsets and boxes of books and head off on my Wish List Road Trip:

I’ve only just discovered Tasmania has not one, but two steampunk festivals. Steamfest Tasmania is the first one on the Grand Tour.

SteamFest has the biggest collection of working steam machinery in Australia. They also have  exhibitions of pioneering skills such as blacksmithing, historic machinery and train rides and vintage cars. Last year they opened a new Miniature Railway. Yeah, trains!

Not only do they have stalls (with Tasmanian food, crafts), this year they are planning more exhibits, entertainers and children’s activities.

For more information – check out their webpage.

And they even have The Great Train Race – where their locomotives race against a single Tiger Moth. (Trains and Planes!)

Find out more at: www.steamfest.com.au/

While we are in New South Wales this month, we can continue onto Ironfest. The first Ironfest celebrated the birth of steel in Lithgow and ‘explores the relationship between humans and metal’.   In 2015, Ironfest had close to 15,000 attendees. The event is divided into ‘clans’, including both historical re-enactors and steampunks.
You can find makers, artists, blacksmiths, performers and machine enthusiasts and food! (Food seems to be promoted in most Australian steampunk events.) 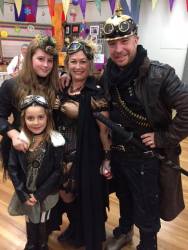 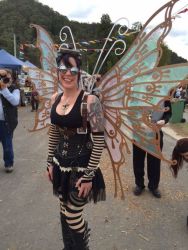 Some have described this event as ‘wacky‘. Like the Burning Man event, each year Steamfest has a new theme. This year’s theme is ‘Wild West’.  Previous themes have been;  Lost World (2017), The Holy Grail (2016), Gypsy Dreadnought (2015), Life on Mars (2014) – many easily adaptable to a steampunk aesthetic.
For more information check out their website and FB page. 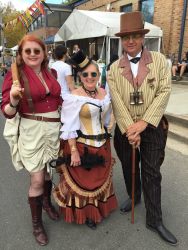 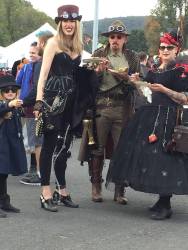 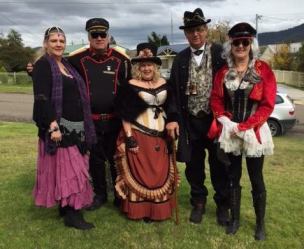 And it’s back to Tasmania for the start of the winter leg of our steampunk tour.  The cooler weather allows for long coats and lashings of steampunk gadgets (often difficult in the Australian heat).

Steampunk Tasmania Festival celebrates the history of George Town with with all the traditional steampunk fare: music, art displays, teapot racing, costume parade and – my favourite – tea duelling. There’s even a search for the Mysterious Object.

Now a quick trip back home to Adelaide, and our own Steampunk Festival at the National Railway Museum. Next year we are expanding to a local gallery as well. There’s interactive events and  new entertainments planned, including workshops, music, art and local authors.

and check out the National Rail Museum’s webpage for more information. 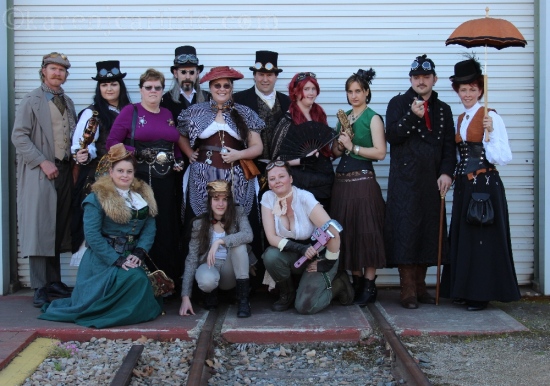 And to end the Grand Tour, it’s off to the Goulburn Steampunk Victoriana Fair and a ‘chance to travel through time as it never was before’.

The event is hosted by the  Goulburn Historic Waterworks, with art, clothing and music. You can tour the historical buildings and engines.

Last year fellow steampunk author, Felicity Banks, attended (thanks for the photos, Felicity) and I had  my eBook, Doctor Jack, featured in the Australian Steampunk themed Never Never Book Box Lucky Dip at the event.

Click her for more information on the  Goulburn Historic Waterworks . For more on the event, check out Goulburn’s webpage. 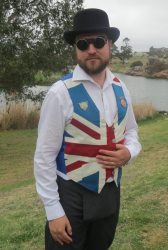 No Australian Grand Tour is complete without an overseas trip! (Do you ever wonder why you see so many Australians everywhere in the world?) Aussies love to travel. So here’s two places I would love to visit on a Steampunk Grand Tour.

I’ve been eyeing off the Lincoln Asylum Steampunk Fair for a while now.  It’s the longest running, steampunk event in the world – and the largest in the Northern Hemisphere – it’s spread out over historic Lincoln. (They’ve even incorporated the castle into the event!)

Lincoln Castle hosts an outdoor market and a full entertainment programme, including ‘wacky races’ and parades. And there’s even a Guest Tent where you can meet authors, performers and guests of the festival! (Be still my beating heart!)

There’s just so much more I haven’t even mentioned. Check out the full list at their webpage.

This is another event I have been wanting to attend for some time. If all goes well (and savings allow), I’ll be attending in 2019 and finally get to catch up with many of my New Zealand steampunk friends.

The town of Oamaru welcomes steampunks for a series of steampunk-related events, including, opshop hunting – thrift shops to international travelers (a staple of many steampunks),  workshops, live music, promenades, markets, dinners (and even a breakfast), vaudeville, parties, a fashion show and even a book launch (huzzah!) There’s also teapot racing and parasol dueling. Next year we also see the return of Airship racing! 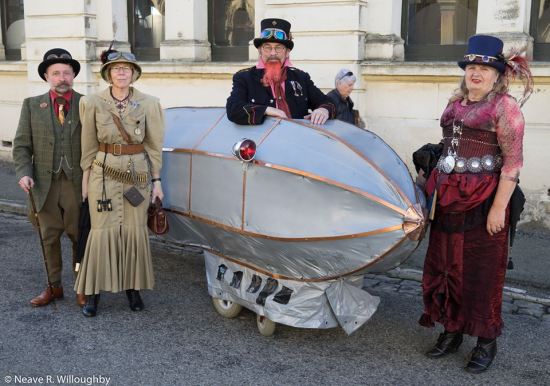 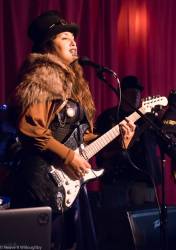 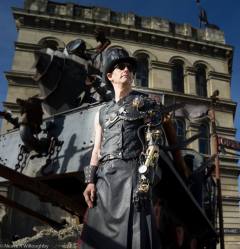 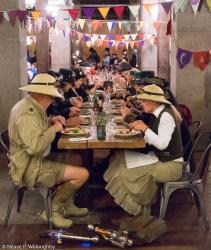 You can find out more information on Oamaru Steampunk Festival on their webpage. 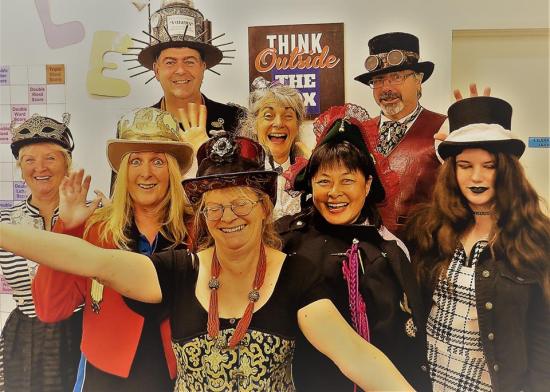