The Year That Was

It’s inevitable. With the end of each year, comes the long lists of achievements, the dissertations of regret,  the (sometimes even longer) and lists of resolutions for the upcoming year.
I promise I’ll stop this. I promise to do that. I promise…
I promise I won’t go on forever.

I have a few – mostly related to a desire to have spent more time with family, less time procrastinating instead of writing, not being rich enough to visit (or help bail out) friends and family interstate and overseas, wishing my health was better and I could wrangle my anxiety more efficiently.

This year we farewelled John Hurt (I will always remember him as the War Doctor), Carrie Fisher (It’s going to hurt when I finally get to see the new Star Wars movie)  and Bill Paxton (in so many of my ‘go to movies’, he almost felt like part of the family).

This both broke my heart and filled it up again: 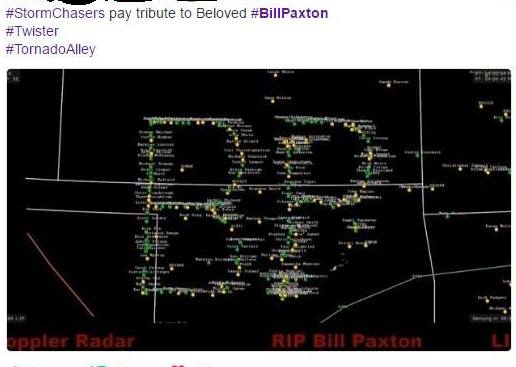 Sometimes it’s harder to remember the good things (I think the bad seems to overwhelm us – living with anxiety can do that, particularly this year – but I  promised myself I wouldn’t get political in this post)…

I highly recommend creating your own ‘Thankful Jar’.  Though I’ve forgotten to add some things during the year, it still served it’s purpose. Spending the time, at the year’s close, unfolding each note and re-living the happy moments is worth the wait. Most of the best memories involve family, friends and unexpected kindness. To all those involved: thank you for making my year a better one.

This year was mainly consumed with writing.

I managed to publish my third book in time to sell at Supanova Adelaide. ‘The Illusioneer & Other Tales’ was also a significant milestone – the final in my first ever trilogy series. (available from Amazon, Book Depository, Bookworld, other online stores and direct sales from the author (me).) I also did the photography and cover design.

rt story, Mrs Hudson Investigates, was accepted into ‘Where’s Holmes’ anthology. This was published on 1st December and is available from Amazon and Book Depository. Hardback and eBook should be published in early 2018.

I’ve also submitted a dreadpunk/gaslamp short story to another anthology. (Wish me luck. I should find out early 2018).

I’ve almost completed the first draft of ‘The Department of Curiosities’ – a steampunk adventure with a heroine, mad scientists, traitors and secrets.  But I’ve been sidetracked with a new project (in a new genre – cosy paranormal mystery, set here in Adelaide). I’ve finished designing the cover and am working on internal artwork .

I attended some conventions and events:

This is a huge achievement for me. I get anxious each time I prepare for an event – braving the crowds and dealing with people is a constant battle between wanting to socialise and the urge to run away and hide in a blankie fort. Anxiety sucks!
It is exhausting, even when it is with the people I love, and takes me a few days to recover after each event. This year I attended:

I made some stuff:

I love creating (including writing). It both bares and replenishes my soul. This year managed to make some costumes and took more photos.

My favourtie costume was my TARDIS corset and skirt. I had help with toiling the pattern at the ACG corset workshop. Other favourites were my steampunk Wiked Witch of the West (Oz) with my flying monkey and my tea cup holder for belt – made with some construction help (hammering) by my Dearheart (as my wrists were playing up again.) 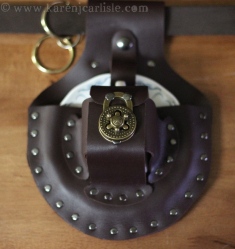 Steampunk also featured prominently this year (not surprising at all, really). This year saw the Scribblers’ Den (steampunk writing forum) move twice, with the sudden shut down of ‘The Steampunk Empire’. Thankfully we are now ensconced at ‘Welcome to Steampunk‘. This is an amazing group of writers, from all over the world, who support each others’ work. Love you guys! If you are a steampunk writer, come say hello!

2018 is full of all things new – I’ve got a new look banner and business cards and have already updated the look of my webpage. It was feeling ‘old’, making me feel dowdy and less professional. Now I feel invigorated each time I add something new.

I’ve started two new book series (as mentioned above) and will be attending my first interstate convention (as an author). Look out for me (and the Adelaide indie author group) in the Artists’ Alley at Melbourne Supanova. I’ve already booked for Supanova Adelaide and plan to launch a new book at Steampunk Festival next year.

One thing that has been lacking this year is work on my garden. So I declare one of my resolutions is to re-connect to the earth, tend my garden and reap the benefits of the endorphins.

Happy new year to you all.
“Laugh hard. Run fast. Be kind.”

The Year That Was was originally published on karen j carlisle